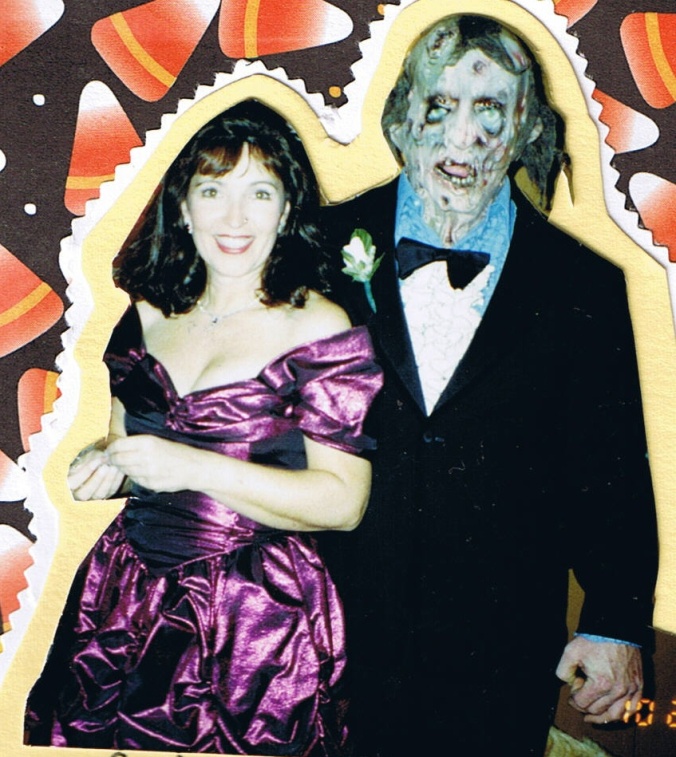 Beauty and the Beast

These photos came out of my scrapbook.  As you can tell by the chopped off hair, it was one of my first books.  Such a nice point on Beauty’s head!  James and I had gone to my cousin’s house to one of the parties they gave just about every year.  He would wear this costume just about every year too.  It’s still around here somewhere.  The dress?  That was a prom dress of Keely’s that was way too tight then.  I couldn’t get an upper arm in that little baby now!

This flapper dress was one of my absolute favorites!  Cost quite a bit of money too for so many years ago.  I never did get it back from my neighbor who borrowed it.  She said she gave it back, but she didn’t.  I’m sure it was an honest mistake.  Those things just have a way of never returning, those loaned out items, money, flapper dresses.  I’m still sad about it, though.

All my kids were hobos.  Shoot!  I’ve probably been a hobo.  I love that hobo costume, too.  Just so easy, and they look so doggone cute.  Kids don’t dress up like this anymore.  They all want to be superheros or some other costume from the store, but I’m sure if I had had that option when I was a young trick-or-treater, I would have been Kitty from Gunsmoke or Captain Kangaroo or…

My family has been a little bit of everything from animals to outlaws.   I usually dress up every year for my little trick-or-treaters.  One year I was the tooth fairy complete with glitter and a tooth purse and tooth wand and wings.  As the little girl walked down the driveway with her mom, she had her head turned back looking at me in awe and finally said, “Mommy, that’s where the tooth fairy lives!”  Just priceless!

And that is one of the reasons I love Halloween! 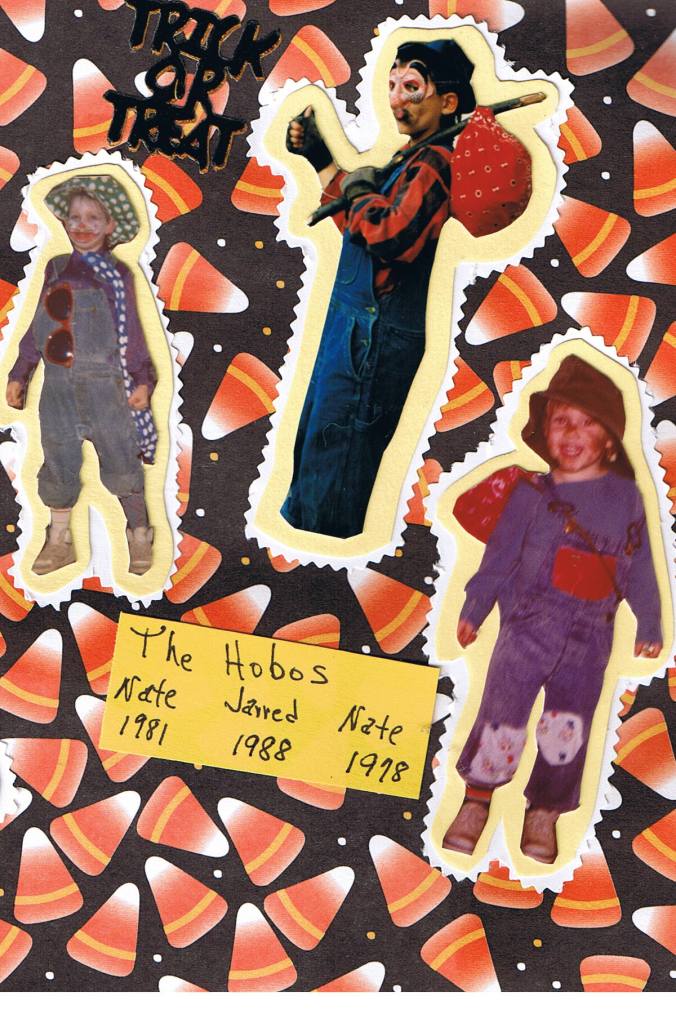 We were all gypsies, too.  At least we girls were.  I doubt the boys ever were made into gypsies.  The fingernails were made out of paper that I either painted red or was already red.  I remember wearing that skirt!  Poor baby.  She looks a little ratty now that I relook at her from a few years away.

The kids were all good sports when it came to wearing some of the garbs that Momma thought up.  And a couple of them even won prizes in the contests held at school.  I have a few more Halloween pictures to dig out for next month, and in that group is the one of Keely as a geisha girl.  Someone had given her an authentic Oriental pink top and pants, so that was all the inspiration I needed.  She won with that little outfit.  That’s a definite October post.

Below is Jarred in a costume that won him first place in one of the school contests at their Halloween party for the community.  Jarred’s hat is made out of poster board, and he has his hands up in it.  I painted his belly to look like a face and made hands out of paper.   As I recall, he was fairly worn out from holding his arms up for so long.  But he did like the costume.

Email me some of your wild, crazy, wacky, gorgeous, outrageous, odd, funny costumes.  I’ll post them in October, and we’ll vote on them.  The winner gets a prize!

It’s not that hard; however you may have to scan them if you don’t already have them on your computer.  Just attach to an email.  If you don’t know how, send me an email, and I’ll help walk you through it.  The email address is below.    apronsandappetites@yahoo.com.sg

Somehow I have a foreign “sg” on there for now.  Trying to get it fixed.  duh!  I’m sure I did that when I set up the email.

6 thoughts on “Halloween Past”