The counties in which I work may be small in population, but our courthouses are large in their history and stand rather regal in our rural towns.

We have over the last few years begun to designate certain days of the week for certain types of court hearings.  Monday, for instance, may be traffic day when all the traffic cases from parking tickets to DUIs are heard.  Tuesday may be the day that all the felony cases are before the judge.  Wednesday may be civil cases such as divorce or probate or small claims.  All the counties in my circuit have done or are perfecting this regulated system of scheduling court cases on certain days.

rse, we are a circuit in a rural area, therefore, we don’t have the volume of cases that a city or bigger town may have.  Everyone knows each other in most of the counties, and although things are run professionally, we are just friendlier with everyone from defendants to their lawyers.

That doesn’t mean we don’t have some high profile cases or some heinous cases or even some very busy days.  It does mean we have some downright hilarious incidences.

One such particular incident happened a few years back when we still had a variety of cases on the docket for that day.  There was a room full of people waiting their turn, watching the proceedings until their own cases were called.

At the particular moment we were having a paternity hearing with the mother sitting at counsel table along with two putative fathers also sitting at the table.  The case had been before the Court on several other occasions since she had already named some men who had been dismissed from the proceedings for one reason or another.

She was a likeable gal, someone in the community the attorneys and the judge knew, a bit of a rounder perhaps.  She had several children but tried as best she could to take care of them. 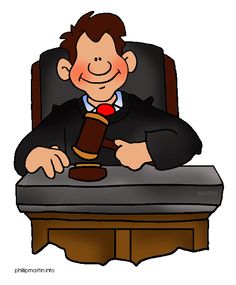 Before beginning the hearing, the judge looked at her and ever so kindly said, “Ms. So-and-So, are there any other prospective fathers you want to name?”

Ms. So-and-So turns around to the gallery and looks at all the men seated there.  She then says, “Yeah, maybe him,” and points to a gentleman sitting in the pew, waiting to have his case called.

His surprised response — “I’m just here for a traffic case!”  — didn’t keep him from being asked to come up and sit at the counsel table to be a part of the putative father hearing.

His shock lingered throughout the hearing. 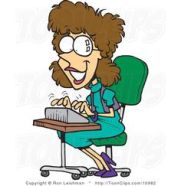