My sweet, little Ava who is five this year, soon to be six as she reminds me quite often, loves to come over and play.  Kate has already left me.  After all, she is eight now!  Her playing with Gigi days are now a thing of the past, replaced with the evil ipad.  She would much rather make rooms and animals and other odd-looking creations on Mine Craft or construct homes and make families on the Simms.  I have to say, she has me looking pretty buff and in a very nice home in the Simms village.  Occasionally I get a tour.

It started with Maddy actually, the playing that is.  I think, somehow, I didn’t get the playing thing out of my system as a child which is the catalyst of my love of playing now.  So when I met Maddy so many years ago, we played and played.  Sometimes we would let her uncle in on the fun, but mostly it was just us girls. 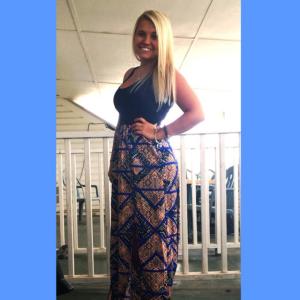 It was for Maddy that I started the Sunflower House.  Now they have become a tradition for those that follow in her footsteps. 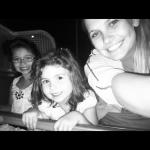 There was Brittany, Brooke, Jack, Sam, Kate, Ava, Owen, Maci, Emily and the other “church kids” and several pop-in-and-outs.  I have had a ball with all!!

Of the regulars, I am down to Ava with her big imagination.  So this past Christmas when the Pixies (click on Pixies to see the story)  happened upon Gigi’s house, she and Kate loved them.  Since Ava is the one who is over here quite often, she kept track of when they were flying around looking for things for us to do and people to cheer or help.  I had hidden them away when I took the tree down, but had them lying on a dresser in my bedroom ready to put away in the Christmas tubs when Ava spied them.

We were sitting on the bed, reading, when her eyes got big and round and she pointed and whispered, rather reverently, “the Pixies!”