Back in May of 2011 I posted 2011… Already An Unusual Year.  In it I talked about some of the unusual occurrences that had taken place in that short period of time and planned to take a look at the last half of the year to see if it was just as unusual.  I found out that it was.

One of the rather important events that I failed to name in the May post was that of the royal wedding.  A friend of mine was smack dab in the middle of all the festivities in England!  There were 200+ tweets per second about the event, and I’m sure she contributed significantly… until her phone went dead.

Ten years after the destruction of the twin towers the 9/11 Memorial was opened. The link in blue is awesome and has some amazing photos.

Muammar Gaddafi was seized and killed in a gruesome and violent end to his life after ruling for 42 years.

occupy wallstreet participant and her dog  (photo by Reuters)

Occupy Wall Street is a big movement that brought to mind images of the 1960s and the groups that came together to create change.  Occupy Wallstreet participants demonstrated and continue to demonstrate against corporate and financial systems.

Another Illinois governor was sent to prison!  Rod Blagoievich was convicted and sentenced to 14 years in prison.  But not before he made several appearances on talk shows and being involved in other television programs.

On December 15 America officially ended the war in Iraq.  The lives of 4,487 military members were lost.  For more statistics and information, click on the link.

We lost some influential people, some celebrities, some athletes, some musicians, and, more importantly, people whom we loved this year. 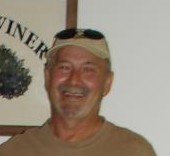 One thought on “So How Did the Year Fare?”