It’s not even halfway through the year of 2011, and there have already been historic events.  The one that touches the lives of those closest to home, of course, is the flood.  As I watched the news tonight in my basement, I heard this big sound like the washing machine starting… only there was nothing going on with the washer.  Then I realized my sump pump had kicked in!

That means the water is trying to get in my basement.  Oh no!  I went through this just two or three  years ago, and it about killed me.  So after that fiasco, I had a sump pump put in and a concrete drain around the back of the house.  So far it has held up with all this rain.  I’ve checked the sump pump to make sure it was on, wondering if I would ever need it.  Tonight was the night.

Osama bin Laden is dead!  After hunting for him for ten years, he has been found and brought to justice, in one way or another.  From 2001, the year I lost my husband, to 2011, the year I regained my strength, it has been a loss and victory for the United States as well as for me.

The earthquake and tsunami along the Japan coast was traumatizing… and I wasn’t even there. 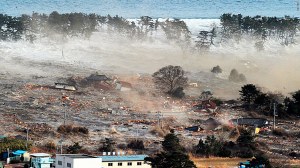 The images will forever be imbedded in my brain.  I wonder about the victims.  Who were they?  Young?  Old?  Mothers and fathers?  Entire families?  How are they managing now?

This was the year I set goals for myself and have met them; set a time schedule for those goals and met it (most of the time); achieved steps forward and inched a bit backward.

I planned the purchase of my baby grand, when I would buy it, and how much I would pay.  Teaching piano was one of the goals, and I am teaching.

The rejuvenating the house project may be a little behind schedule, but it’s getting there.  The wood floor was refinished close to schedule.  It turned out beautifully.

I started my blog; something I’d been researching for a few months.  And I’ve even cooked a meal in my quest to plow through the overabundance of recipes that I have.

2011 has been a most unusual year full of plans and events; some good, some bad, some happy, some sad, many out of the norm.  I’m very curious to see what the rest of the year brings.  A few things I am worried about and very sad to think of the outcome while hoping for a positive, successful one.  Some plans I am eagerly looking forward to such as our Disney trip for Kate’s 5th birthday.  The rest of what could happen or will happen, I just can’t imagine.

At the end of the year, I will come back to this month, the not-even-half-way-through month, and see how the year as a whole fared.

But in the meantime… it’s still raining and the water is still rising.

Where did our home go?