There is just so much to say about stars!!

I love lying on a blanket on the ground in the summer and locating the constellations, getting together with friends for a meteor shower party and yelling, “There’s one!”

I enjoy remembering the burned-in-my-brain images of the two or three most awesome sightings of falling stars and shooting stars.  There’s a difference, you know.

Falling stars gracefully fall into the earth’s atmosphere, as a beautiful diver makes a beautiful dive from those tall cliffs.  Some are faster than others, but they all fall straight down.  Shooting stars shoot across the sky.  During meteor showers there could be hundreds at one time, but generally it’s a lone star followed by another lone star.  They are all amazing to me.  Well, the heavens are just amazing to me.

To know that I’m looking into eternity, that it never stops, is just, well, overwhelming.  The astronauts, way up there, are no closer to the end of it than I am down here.

There are many websites and blogs that talk about stars; that are filled with information.  And they are great!  Click the stars link and you will find all sorts of neat stuff, including some cool pictures… like this one.  This is exactly what the star that fell to the ground in front of our vehicle looked like.  It truly was that bright! 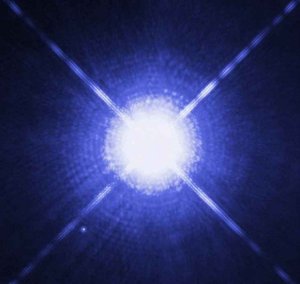 Many years ago when my children were small, we as a family all went out to the country to watch one of the most fantastic light shows I have ever witnessed.  It was a meteor shower, and the shooting stars were everywhere.  They couldn’t be counted there were so many whizzing by.  Nate and I were talking about it, and he remembers it as I do.  That was the only time I’ve seen anything like that, and I’ve been on many meteor shower quests.

Another moment in time that I will never forget is standing on the balcony outside my bedroom on one of the upper floors of a Florida hotel late one night.   The details of who I was with and why I was there are fuzzy, but I know that I was heavy of heart at the time.  As I stood there gazing at the sky and the ocean, the most beautifully large, slow-falling star fell right in front of me.  Such a bright star!  It brought me comfort and joy, a sign; a sign in the sky from God that I needed at that very moment.

But I can’t help but wonder who else saw that lazy, beautiful falling star at the same time I did… maybe needing a sign as well.