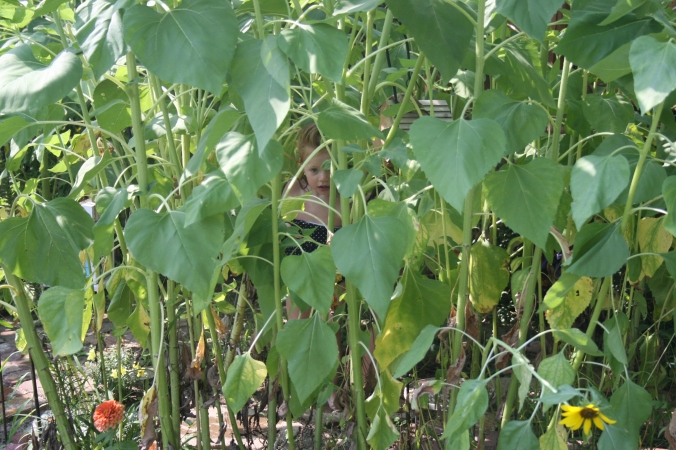 Maci in the Sunflower House

Today was a cousin day:  Owen and Maci are here from Kansas City to stay with Mawmaw and Pawpaw for the week and came down to swim and play with cousins Kate and Ava.   After swimming for awhile, Kate took them over to see the Sunflower House. 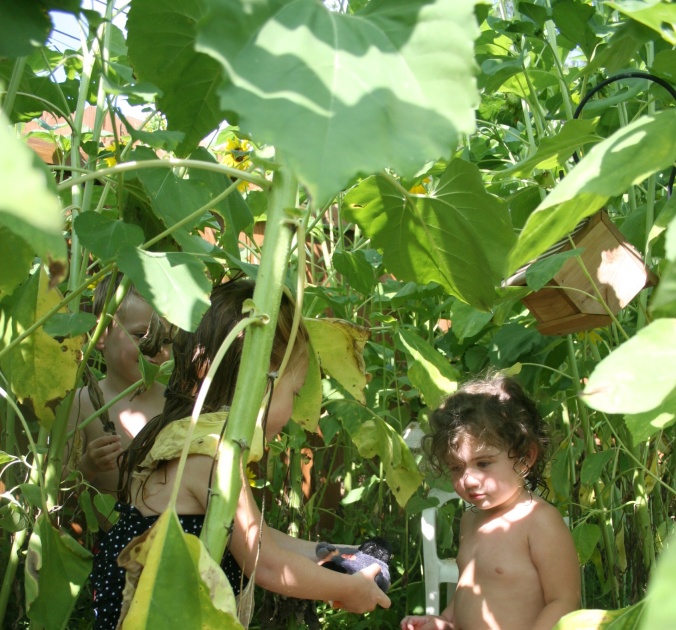 Maci found in the house a little toy bird that chirped.  I’m surprised it still did because it had been left out in the rain.  Last time Maci played with Ava she wasn’t this nice.  It was Maci’s “I’m turning two” party, so the family from Illinois went out to help celebrate.  Maci wasn’t that happy to see all of us and particularly wasn’t thrilled with Ava, another wee one getting some of Mawmaw’s attention.  But this summer, in just a few short months, she has gotten more social and is sharing her bird that she was thrilled to find. 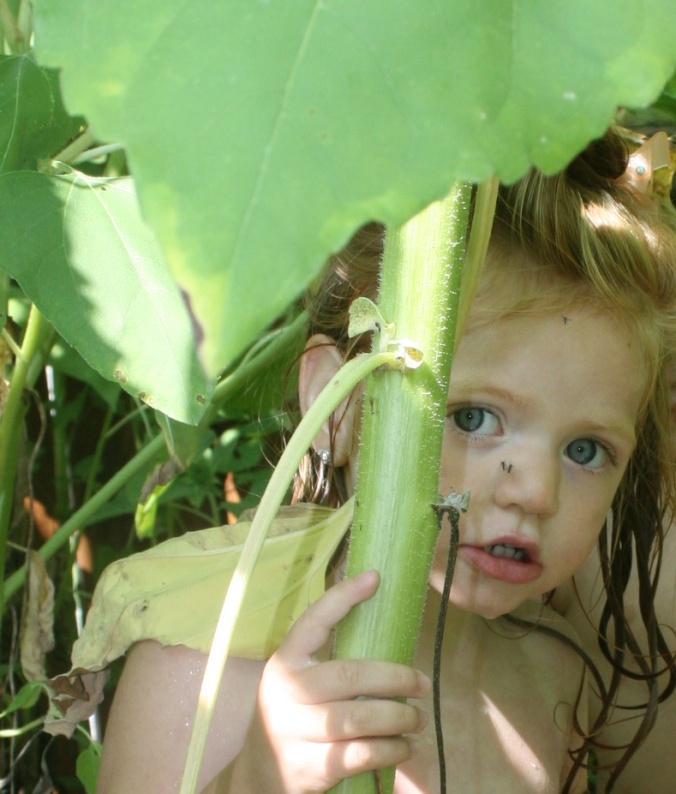 Poor little Maci was devoured by mosquitoes!  This is a cropped and enlarged photo, but even when I was snapping pictures, I noticed something dark on her nose.  I thought it was dirt until I came in and looked at these on the computer!  She had at least six or seven bites on her face and several on her legs and arms.  As I went through these pictures, I noticed she was scratching in some of them, but in trying to get several shots of the kids quickly, I hadn’t noticed.  After they all came out of the Sunflower House and were getting ready to go, we saw the big red splotches!  Mawmaw doused her good with anti-itch cream and some Neosporin, so she should be good as new by morning. 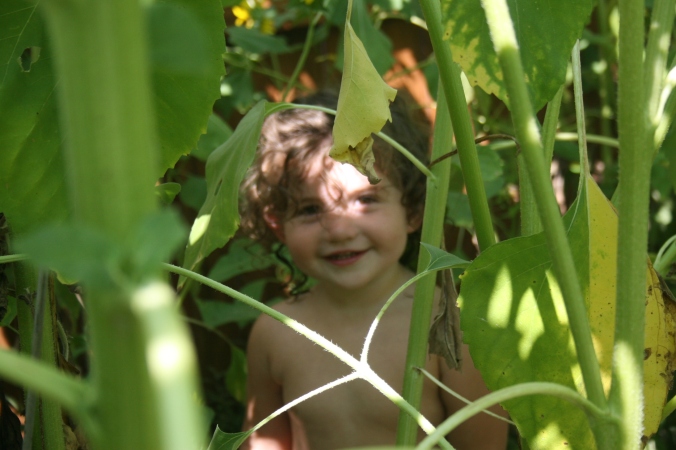 Ava hiding in the Sunflower House

Kate isn’t in any of the pictures; she was too busy swimming… or that may have been when she was pouting.  But nevertheless, I couldn’t have used her shots because she was skinny dipping… again.  I am going to have to crop every single picture this summer! 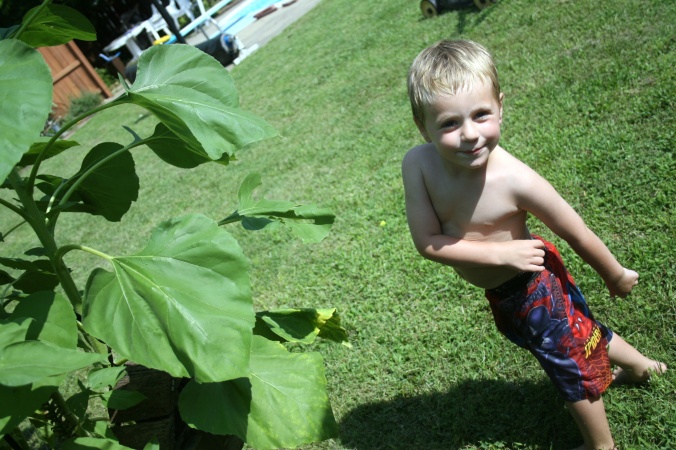 Owen did just fine with the girls until Mawmaw mentioned Jack and Sam.  He was on a mission then.  No more swimming; get the stuff loaded in the truck; see ya later, gater; Jack and Sam are home.  It was time for Ava to take a nap since she was running around like a drunken sailor, staggering all over the yard, and looking a little loopy.  So it was decided to end our fun afternoon.

And off went my little Sunflower Children… until next time.

5 thoughts on “The Sunflower Children”