For Christmas, I went to Shutterfly to make a really cool Christmas gift for my brother and two sisters.  Since so many of our memories of Mom are surrounded by her cooking for us, I wanted to make a cookbook of some of our favorites of Mom’s cooking.  It turned out great! 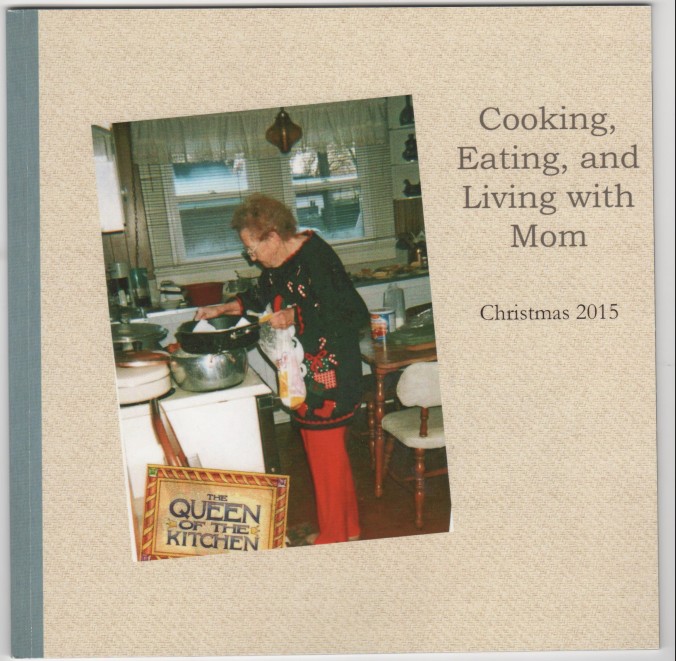 Mom was a really good cook and cooked for whoever would show up for lunch, or she would bribe us with fried chicken and dumplings to come on weekends. 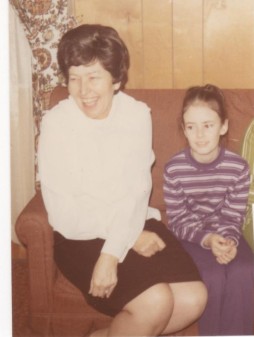 not knowing what good food was as she made her the requested grilled cheese while bowls of delicious food (mashed potatoes and dumplings and home-canned green beans and Mom’s  coleslaw to name a few) sat on the table ready to be gobbled up by the rest of us.  Just her way of saying, “I love you.”

Those were hard words to say by a little girl raised in the depression to become the hard-working woman who didn’t have time for frivolity.  Not often anyway.  Every once in a while if we begged she would get up and do what she called “The Shawneetown Stomp” with my older sister.  It was great!!  She would laugh and dance, and so would we.  At least try to dance.  Mom was a great dancer.  So is Tish.  And they looked awesome together!

Mom used to tell stories about growing up in her family, the hardships.  As it does most people, that upbringing weaved its way into who she became.  It caused her to worry about having the money for a home and food.  She was frugal, very frugal.  Yet I still had a beautiful dress for prom and homecoming that she made from royal blue velvet material.  We still managed to get high school class rings, probably wanting us to have one because she didn’t make it through high school.  Each of the girls had piano lessons, something she would have been good at considering her lovely voice when she sang and her rhythm when she danced.

And, of course, the only boy in the family received a really cool car on his 16th birthday.  (No, I’m not mad about it anymore.  Not that I ever was, really.  Well, maybe a little.  But not anymore.  Hardly.)

A few of Mom’s recipes, most in her own handwriting, were included.  This dumpling recipe was from the sessions Mom and I had as she tried to teach me how to make them.  She was too weak by then to roll them out, but she sure enjoyed sitting there teaching me, smiling ear to ear. 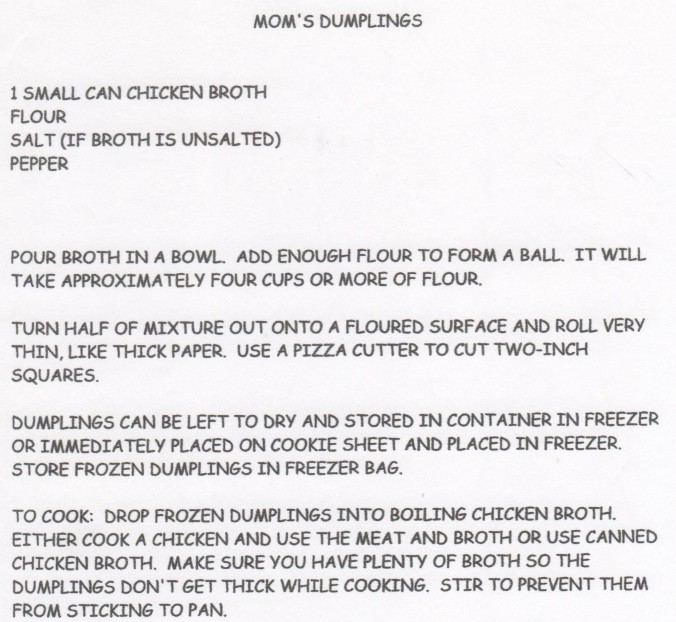 There was a little bit of history of Mom’s family because they were a close bunch of sisters.  And like my own family, one boy in all those girls.  (Did I mention that my brother wrecked that really cool car by jumping over the levee and breaking it right in half?”  Not that that bothers me or anything anymore.)

So along with pictures of kids and grandkids and recipes, I included a few pics like this one: 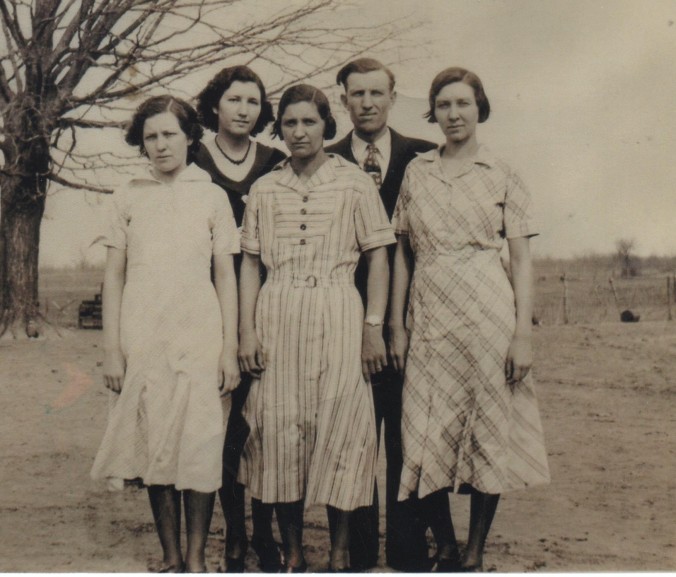 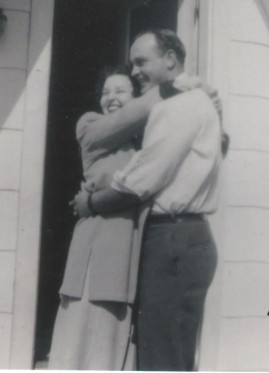 real life, a life with laughter and flirtation, I included some like this one.

Being the middle child in a family of four children, my characteristics and qualities have been woven in ways such as those that made my Mom into who she was.  And that is why on the back of the book I put a really good picture of me and a not-so-really great picture of the rest of them.

My brother is the one in the silly birthday hat.  And I only used that picture because it was one of the best I had of him.  Not at all because I may still be just a tad incensed by the fact that he got a car on his 16th birthday, and I did not. 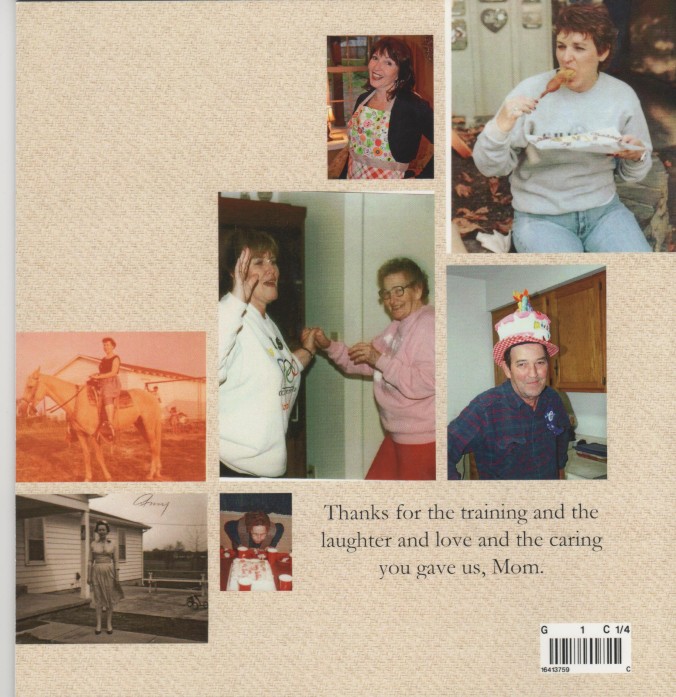 If you want a free book, here is the link for you to get one.  https://invite-shutterfly.com/x/SOm1IE

7 thoughts on “Putting Together Memories”