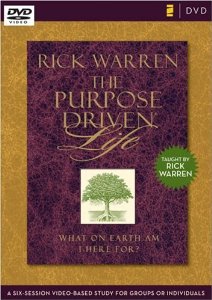 Odd.  Just this past week I got out my Purpose Driven Life Devotional to use it again, needing to understand life better, trying to wrap my head around our purpose.

And now, ever since Sunday morning at church, when our associate pastor stood before us, the congregation, and told us about Rick Warren’s son committing suicide, I have been heart-sick.  My thoughts and emotions are with their grieving, their unanswered questions of “Could I have done more?”  I have reflected on the long journey they have been taking with their son and his mental illness, the toll it took on their son as well as them for that is what illness does in a family.  Those debilitating illnesses of any kind, those long-term illnesses with a need for long-term help not only affect the sick person but affect the caretakers as well. 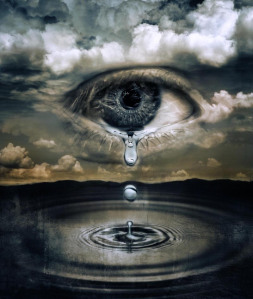 The problem with mental illness, deep depression illness for today’s discussion, is the misunderstanding the majority of people have about it.  It’s not something an ill person wants to have.  Those with chronic depression do not want to be sad all the time; they do not want to have to fight every single day of their lives just to feel the slight presence of a “good day.”  They want, as badly as a child wants its Momma when it is scared or hurt, to be “normal,” to be happy, to be able to walk without a cloud of heavy darkness constantly hanging over them.  They would love to be able to “pull themselves up by their bootstraps.”

But it’s just not possible sometimes.  Some days they lose the fight they fight every day to live life.  And sometimes when they lose… they commit suicide.  That happens in an instant; that decision.  The pain of sadness hurts, and sometimes it hurts so badly that all one wants to do is just leave.  It is not, as the leader of a visiting singing group at our church had the gall to get up and say before the entire group of people there to worship God, “an act of cowardice.”  No person who commits suicide is a coward.  My heart wants to cry out to God to let this particular man experience the despair of depression.  But the Christ who suffered for me and has sent a part of Himself to live within me fills me with compassion instead; something this man clearly does not have.  And the knowledge that Christ is with us does not keep us from the Dark Abyss; it does not keep us from feeling despair any more than it keeps one from feeling the pain of a broken bone.  But it does, as Rick Warren’s son knew, give us a hope.  And with that hope, those fighting this horrible illness grope along through the darkness of depression; some days victorious; some days just holding their own; some days losing.

It’s the losing days that we, as caretakers or friends or health workers, worry about.  Those are the days we check and double-check the one we love.  But what of the losing day we know nothing about?  That moment in time when the despair is overwhelming, the tiredness of the fight creating such a longing to leave that the sick one does just that:  leaves.  One way or another, but leaves.

It’s been 12 years now since I almost left.  But I remember the day as though it were yesterday.  My grief that evening had doubled: first I grieved the loss of my husband and now the grief over my son as well hit me.  And this particular evening it was just too much grief.  I had to leave; I couldn’t stay.  The thought that my family needed me never entered my mind.  There were no thoughts but one:  I had to leave; I couldn’t bear the pain anymore.   All I could feel was the horrible blackness of despair.  The leaving would not be a cowardly act but an act of one whose thought processes are skewed by the darkness of depression.

As was her nightly ritual at that point in time, my sister called me to check on me.  And as usual I was crying.  We would talk; she would say she was coming down, but I would assure her I would be fine.  And I would rise above the grief and be fine.  But this night was different.  Dar called; I was crying; we talked.  And when she said she was coming down, I continued crying and talking and telling her I would be fine… until I realized I was talking to no one.  I knew she had dropped the phone, got in her car, and was probably speeding way past the legal speed limit to get to me.

My plans to leave had been derailed and I cried that much harder.  I knew that whatever pills I had planned on taking would only be pumped out of my stomach at a hospital; whatever mode of transportation I could think of to leave this world had just been shut down by the fact that my sister was on her way to do whatever she had to do to save me.

And then she walked through the door…